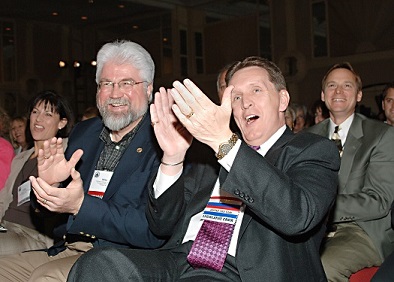 Most political involvement professionals intuitively know that their grassroots volunteers need to be trained. Unless volunteers know what to do and are properly trained to carry out their tasks, you will soon realize that NOTHING will HAPPEN. The same holds true for PAC champions.

When volunteer training is a component part of an overall program, the results tend to speak for themselves. However, even with training the success of a grassroots or PAC program can be less than spectacular. So what is missing? Why do some training activities produce better results?

Understanding where your volunteers are coming from, and that there are competing voices for their political attention, are key. We are living in the most polarized political world the United States has experienced since prior to the Civil War. Instant communications have spawned an industry of often rabid political commentary. Few people do not have strong opinions about politics, political leaders, political parties, and the issues that tend to drive the commentary in our public forums. Inevitably, your grassroots efforts will court the vote of lawmakers that many volunteers are convinced are a real problem to the future of the Republic. Likewise, your PAC is going to give money to candidates that your donors will find objectionable on some level.

Most of us are training grassroots volunteers to advocate issues affecting their business or profession when they may believe there other more important issues that will decide the future of our country. This is no different for training volunteers to solicit PAC contributions when many believe the funds are given to candidates they outright hate. Training that focuses only on how a grassroots or PAC program works and the important role volunteers play is doomed to fail in this era of outrage.

Here are six keys to effectively train your volunteers:

Political involvement training has never been more difficult, but the reality is that the success of your program depends on doing it and doing it right.